Does it ever happen to you that you’re serving a finely prepared ham at the dining table or baking a ham sandwich for yourself on a December holiday, and your canine companion sits at its place with mouth-watering and eyes set on the ham? You might find these facial expressions so innocent that you are forced to think, “Can my dog eat ham”? Well, there is no clear “YES” or “NO” answer to this question. Let’s delve deep into the article.

Your pup can eat the ham or not; it depends on its health condition, size, and breed. Although ham doesn’t pose any serious risk to dogs’ health, it does not provide the required nutrients.

It contains high concentrations of fat, sugars, and the worst of all – salts, which can be fatal for dogs in high amounts. When to give, how to give, things to consider before giving ham, let’s look at everything you need to know about ham for dogs.

Why is Ham Not Good for Dogs? 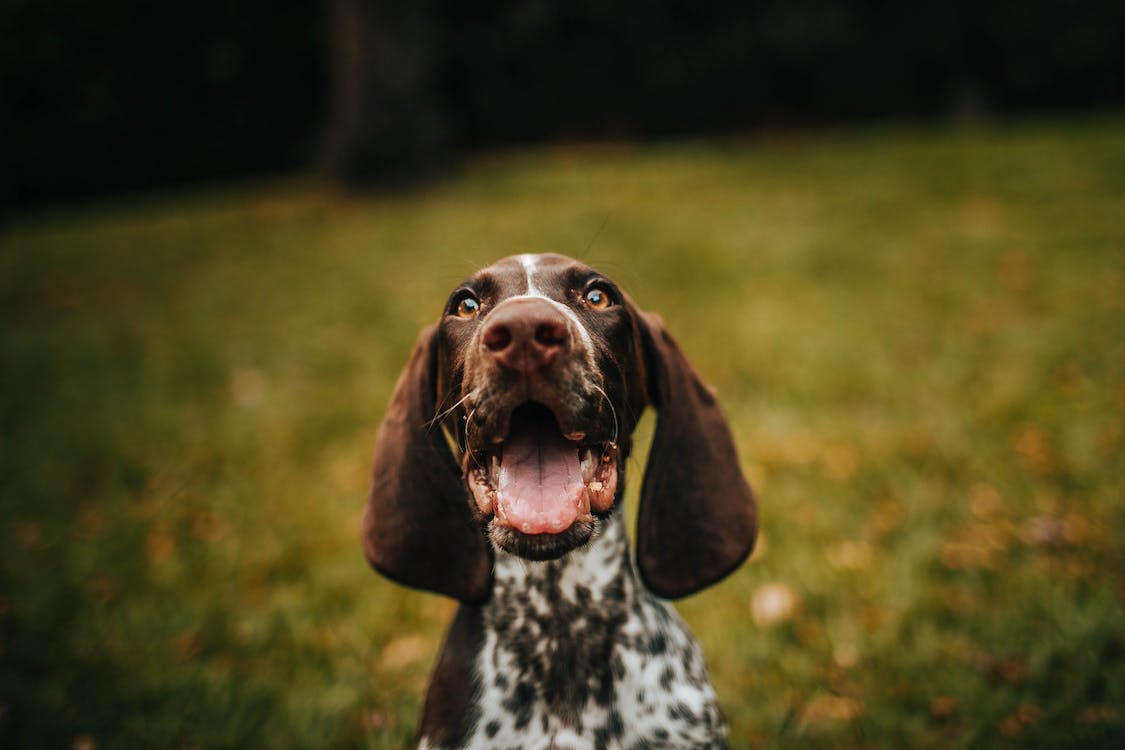 No doubt, ham is a protein-packed food for your dog, but it’s not a balanced meal that could be given to your four-legged friend. There are many other protein sources available that can prove to be more appealing to your pet.

Although a few bites of it will be okay for your pup, large amounts can lead to severe complications, mainly if your dog is sensitive to fatty meals. Still, if you’re wondering to know “Can my dog eat ham?” “If no, what are the reasons behind it?” continue reading.

Following are some reasons why ham is not a good option for your dog:

High-fat content in ham forces veterinarians to add it to the not-to-really-go-for list. A dog’s balanced diet checklist shows that they need 25% fat per diet. Food with more fat content can make your dog overweight and make it prone to various health problems.

Processed foods are notorious for their danger to dog’s health. Like many other processed lumps of meat, ham has a dangerously-high sodium level.

The point is you should stay away from sodium-containing foods if you love your dog and don’t want to lose it. It’s beyond your imagination how sodium can wreak-havoc on your dog’s health. We don’t deny the importance of sodium for your pup as it does need a small amount of sodium in its routine diet.

As far as the level of sodium in dog’s food is concerned, many animal specialists suggest that dogs can intake approximately 0.25 to 1.5 grams of sodium from 100 grams of the food.

The problem with ham is that one slice comprises 1.42g of sodium. Isn’t it shocking? That means your dog will get its required sodium through only one piece of ham.

Can My Dog Eat Ham? No? What are the Side-Effects? 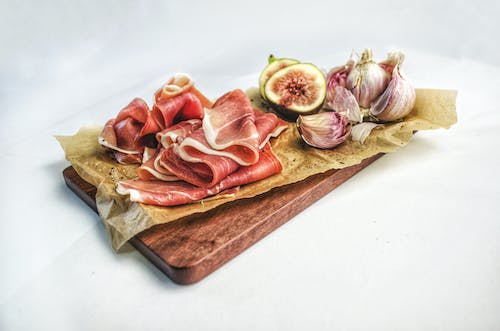 The foods with a high concentration of fats can trigger a severe condition called pancreatitis or pancreatic inflammation. Following are its symptoms:

It can disturb mental activity in your pup, i.e., they may look sad, unenergetic, and lose their interest in anything. Keep observing its behavior for more symptoms, and then take it to the vet.

Do you know the majority of dogs are sensitive to certain meats? If your dog is one of them, it might show an allergic reaction to ham. So, if you observe itching or rash at a specific body part after eating ham, consult the vet.

As discussed above, the ham bone can result in severe problems if lodged in the dog’s esophagus. The vet can recommend surgery if the condition takes a brutal turn.

The Benefits of Ham

When it comes to the benefits of ham for dogs, there are no reported advantages of eating it. The only good component it contains is protein, which also can be obtained by other sources.

Can My Dog Eat Ham? There are some Dangers Too!

Never treat your pup with cooked ham bones, it’s not good for their health. The reason is that they become soft and change into tiny fragments when your dog chews them. These fragmented particles can cause severe harm to your furry friend as they can tear their mouth. Also, these bones can damage their teeth and result in esophageal obstruction (if a small piece of bone gets stuck in the esophagus).

How Often Should You Give Ham to Your Pup? 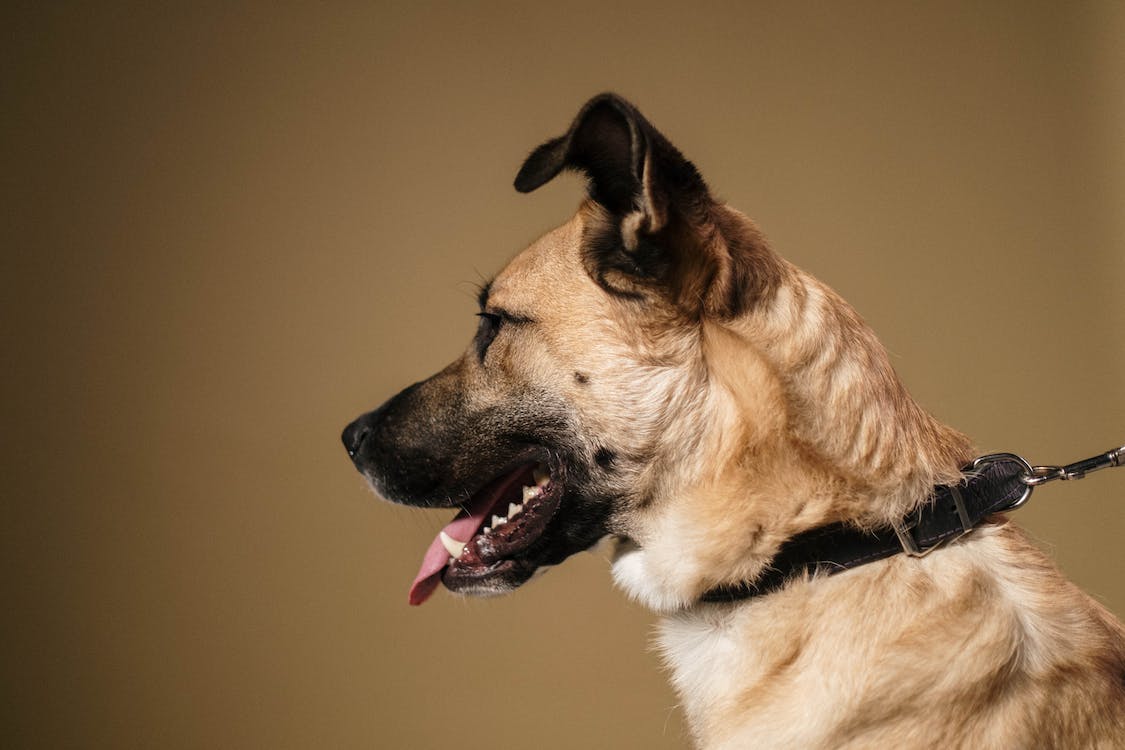 Generally speaking, a few bites or a single slice of ham occasionally is more than enough for your pup, if your pup is healthy. However, if your dog is going through any medical condition, even this tiny amount is not preferable.

Usually, there is no need to feed ham to your dog; however, if you are a kind owner and love to share your food with your furry companion, there is no harm if given in moderation. Beware of overfeeding this not-so-healthy meal to your dog; otherwise, you’ll have to face irreversible consequences. It will be better if you ask a vet before giving anything to your pup.

Final Verdict of Can My Dog Eat Ham

What makes you read the article from start till end may be because your dog accidentally ate some ham, and you are worried if it was safe or not. So the main question that might be popping in your mind right now is, “Can my dog eat ham?”

The answer is that it’s not a matter of worry if your pup ingested a small piece of ham that doesn’t have the fatty ends, was not the baked ham bone, and also not the raw ham bone. Also, if it doesn’t show any symptoms mentioned above within a few hours, it means there is no need to worry about it.